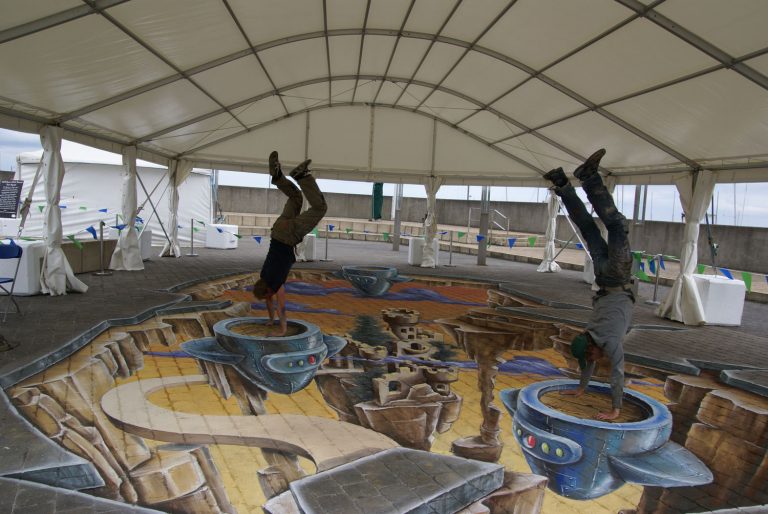 This first chalk festival in Ireland was organized by diffusion events on 20th and 21st of august 2011 in Dun Laoghaire Dublin.
Madonnari Leon Keer and Remko van Schaik were invited to make a 3d street painting. The result is painting on the pavement with a surreal landscape and some strange flying objects. Interaction by making a photo of people standing on the anamorphic flying objects in the 3d street art.