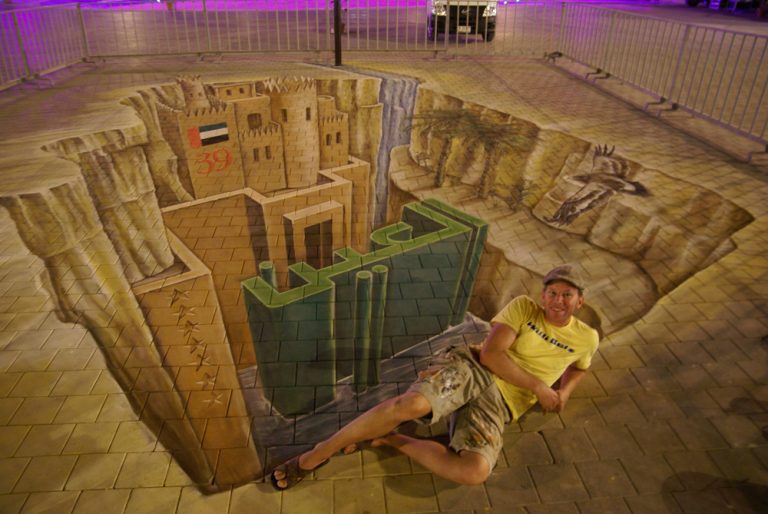 3D street painting created by Leon Keer and Peter Westerink in honor of the 39th anniversary of the United Arab Emirates.

The 3dimensional painting was finished before the national day of the Emirates on the 2nd of december 2010 in Al Ain, Abu Dhabi. The painting is inspired by the landmarks of Al Ain.